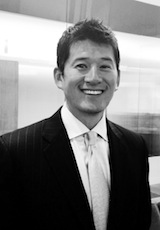 In addition to the tax litigation and tax controversy cases, Mr. Yoo represents both creditors and debtors in United States Bankruptcy Court in Chapter 7, 11 & 13 proceedings and is one of the few attorneys in California that focuses on tax bankruptcy cases.

Judicial Intern to the late Honorable Calvin Ashland, Chief Judge, of the United States
Bankruptcy Court for the Central District of California

Contact Us
Practice Areas
Client Reviews
★★★★★
Victor is an excellent tax attorney for individuals and business in need of tax relief. Feel assured that Victor can get the job done. I know I am comfortable recommending Victor for any tax problem. John K.
★★★★★
We had a irs problem and came to Victor. He is very knowledgeable and gave us great advice. I would recommend him to anyone with tax problems. He also does franchise tax board cases but we didn't need him for that. I have referred fiends to him and they were happy with him too. Pam
★★★★★
My elderly mother had a very complicated tax problem from when she lived in CA years ago. Even though we now live in Oregon, Mr. Yoo not only helped her remotely but delivered better and expected results. We couldn't have asked for better service. Lisa
★★★★★
Victor got us out of a jam with the IRS. We were the first to be offered a new amnesty program and it saved us quite a bit in taxes, but more importantly gave us peace of mind. John
★★★★★
Our personal taxes got complicated because of an erroneous 1099 we received. As a result our tax liability increased. Victor was able to iron things out with the IRS and Franchise Tax Board. Ed
View More
Submit a Law Firm Client Review